Up close to a helicopter

It's a lovely warm day today and we decided to go in the car and take Tilly for a walk on the beach but things didn't quite go to plan. We thought we'd start off with a walk on the new shorter pier which opened back in July.  The decorative panels are lovely and have been successfully refurbished from the original derelict pier which had been  demolished.. 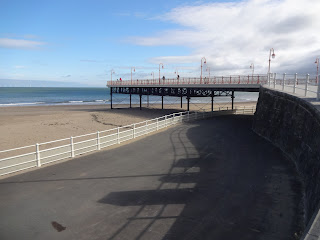 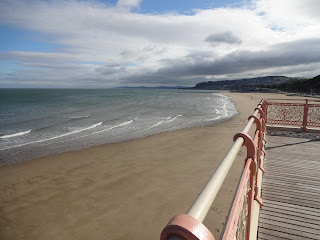 From there we strolled along the promenade and sat and had a late breakfast of a bacon bap and a large cup of coffee from a waterfront kiosk and we watched people on the beach with their dogs playing in the sea and it was a very pleasant way to spend a half hour. Thinking there were too many off lead dogs on the beach and Tilly still being in season we headed back to the car just strolling along the promenade and soon realised a helicopter was circling overhead and looking to land. One of the crew was waving at me to get out of the way. 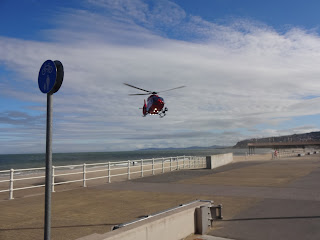 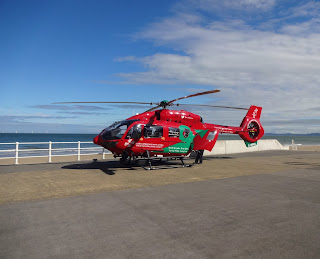 A crowd of people suddenly appeared to see what was going on but as this was the air ambulance we decided we'd head off home as it was likely the roads were going to be closed off. Two of the crew had put their equipment on their backs and looked like they were heading off towards the town centre while a third crew member got a stretcher ready. It's only since arriving home we have read online that a person had been hit by a car.
On the way home I called for a bit of grocery shopping and took the opportunity to take a photo of the new shop selling merchandise for the upcoming television programme from the castle. I didn't go inside as nothing they sell would appeal to me and I don't need any T-shirts or mugs or need to sit on the throne but I will definitely watch the show again this year. 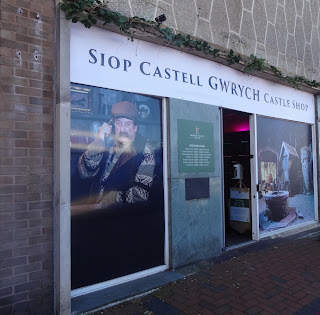