I've decided it's not wise to take Tilly to the park for the next two or three weeks and just go on short walks where there's less chance of meeting other dogs and then it should be just the occasional dog on lead out on their walk and easier to avoid. The weather wasn't great  yesterday, noticeably cooler and rather dreary but at least the early morning rain had stopped. I decided I would take Tilly to see the horse and if he was in his field I would give him a small apple.

I've been hearing the honking of geese flying south for the winter for the past few days  but yesterday as I had my point and shoot camera with me while out with Tilly I just about managed to get a few although not very good photos which I was rather pleased about. I believe the geese fly at over thirty miles an hour and I'm always happy if I can snap a few photos. I do see and hear the geese migrating every year although they might be a little earlier this year with the sudden change in the weather. 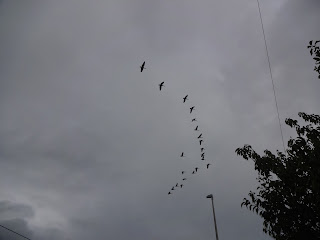 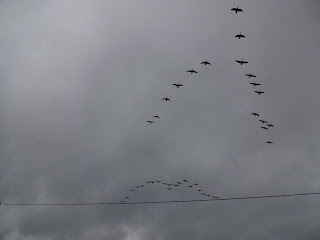 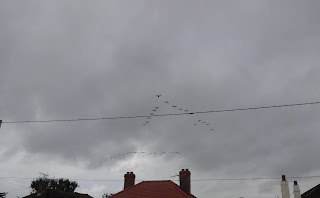 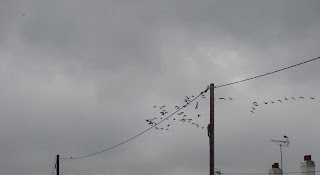 There he is, Mister horse and he comes up to the fence to have his treat and a stroke of his nose but unfortunately Tilly is becoming a little jealous of the attention he receives and gives a little bark. It was lovely to see him in his smart new coat, I was wearing mine too but mine's not new or smart like his. I've bought a new coat for Tilly but she can wear her new coat when it's cold or raining. 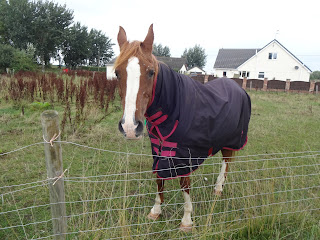