Yesterday I dropped Tilly off at the groomers for her shampoo, blow dry and pamper session and took the opportunity to do a spot of supermarket shopping to while away the hour. I'd only intended to buy a few bits and bobs but came out with a clock for the garden. Now it's up on the wall I think it looks good and I can make sure I don't sit outside in the sun for too long. 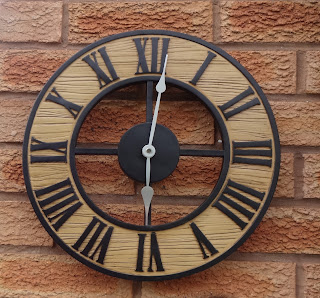 When I went to collect Tilly she did look gorgeous but I was met with the tale that Tilly really, really didn't like the blow dryer. "Oh and while she was having her nails clipped she was biting me" the groomer said and "one of her puppy teeth fell out and would you like it?" I said yes and she put the tooth into a small plastic bag for me. After paying she told us she'd see us again in four weeks time but I'm not so sure as I left feeling really upset that Tilly hadn't been cooperative and had been naughty. I took some photos at home of her looking lovely and fluffy with her new toy, a nice soft burger. 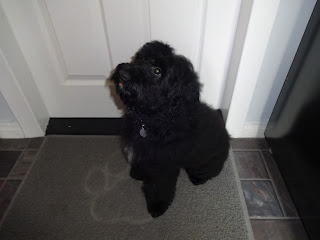 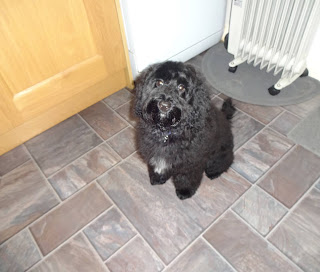 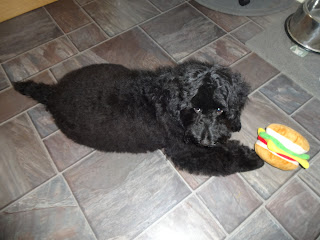 Not long after returning home hubby's brother and his wife called and spent a few hours with us which was nice and they brought us a big bundle of rhubarb from their garden. Tilly seemed none the worse for her ordeal as she enjoyed the company too and having a fuss made of her and a few cuddles.

However later that evening my thoughts turned from being upset that Tilly had been naughty to feeling upset that we had put her  through that ordeal. Having always had rescue dogs we've never had a dog that needed such regular professional grooming. I'll be very interested to read your thoughts on the matter if you would be so kind. Here's a photo of Tilly's tooth. 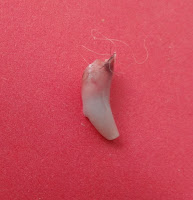 This morning was the last day of term at the puppy graduation classes. Jane the organiser had phoned me during the week to say that she wa... 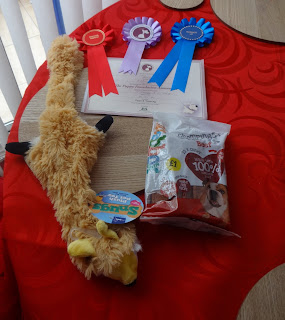