Tilly was needing a stronger harness so a pet store visit was earmarked for today. She's almost outgrown her first one and as she still pulls a fair bit on her lead a decent harness was needed. Unfortunately while I was deciding on the most suitable one she disgraced herself by having a wee on the pet shop floor. The assistant wasn't too bothered, mopped it up and gave her a puppy dentastick as a treat.

While I was out I decided to buy a cake for hubby's upcoming birthday and his inner child wanted a caterpillar cake. I'm not complaining as any chocolate cake is good and he will have to share the cake with me of course. 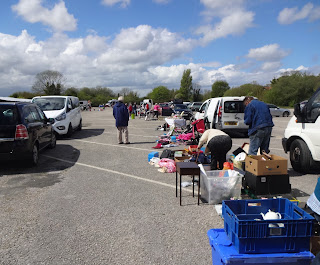 I noticed there was a car boot sale taking place nearby and this is one where dogs are allowed unlike the larger more organised Sunday car boot sale where dogs are banned. Although there wasn't much that appealed to me I did buy a couple of books for fifty pence each and both seem to be in brand new condition. The book I bought for hubby had a letter inside and had been gifted by the publishers to a newspaper editor asking him if he would write a piece about the book and telling him that the authors were available for interview. I'm pretty sure that article did appear on the one hundred year anniversary of the first world war. Hubby will enjoy reading that I'm sure. 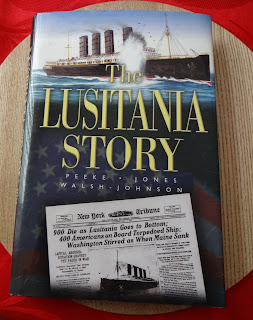 For myself I bought a book about tracking down your ancestors. I have been spending quite a lot of time recently on my family tree and working through my DNA list with some success. I had a break from the research last year while I was undergoing my cancer treatment but have got back into it again. I'm not sure if the book will be any use but I'll give it a go. There's certainly always more things to learn. 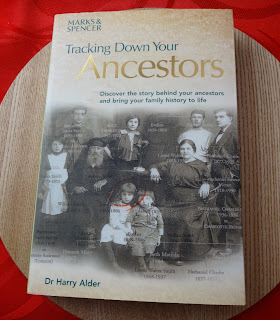 I was contacted recently by a lady whose partner John and his father were in my family tree and as she was new to her own research she asked me what our connection was. Her partner John didn't know much about his father's side of the family. I had to revisit what I had previously found but even I had a bit of a surprise. John's grandfather was the first husband of my distant cousin's second wife and had died at a young age. I  was able to tell her when and where John's grandfather died and even the churchyard where he is buried but not why he died. There were some tragic circumstances uncovered and my contact is ordering some certificates. I was pleased to be able to help but really there is no blood relationship to John and myself but I am hoping this lady stays in touch with me and that she discovers more answers to her many questions. It was good for me to be involved and get the old brain cells working hard again.